Exactly one month ago i started working on a new game after a long period doing other stuff. It is going to be a bigger project than the normal jam games.

Last year i made Mount Hop for Weekly Game Jam. It had mysterious vibe to it and it seemed like the epilog or prolog for another game. So the development of that game has now started.

This post will be a short summary of the first month of development in screenshots. Let's start with the first!

An inventory with power-ups: 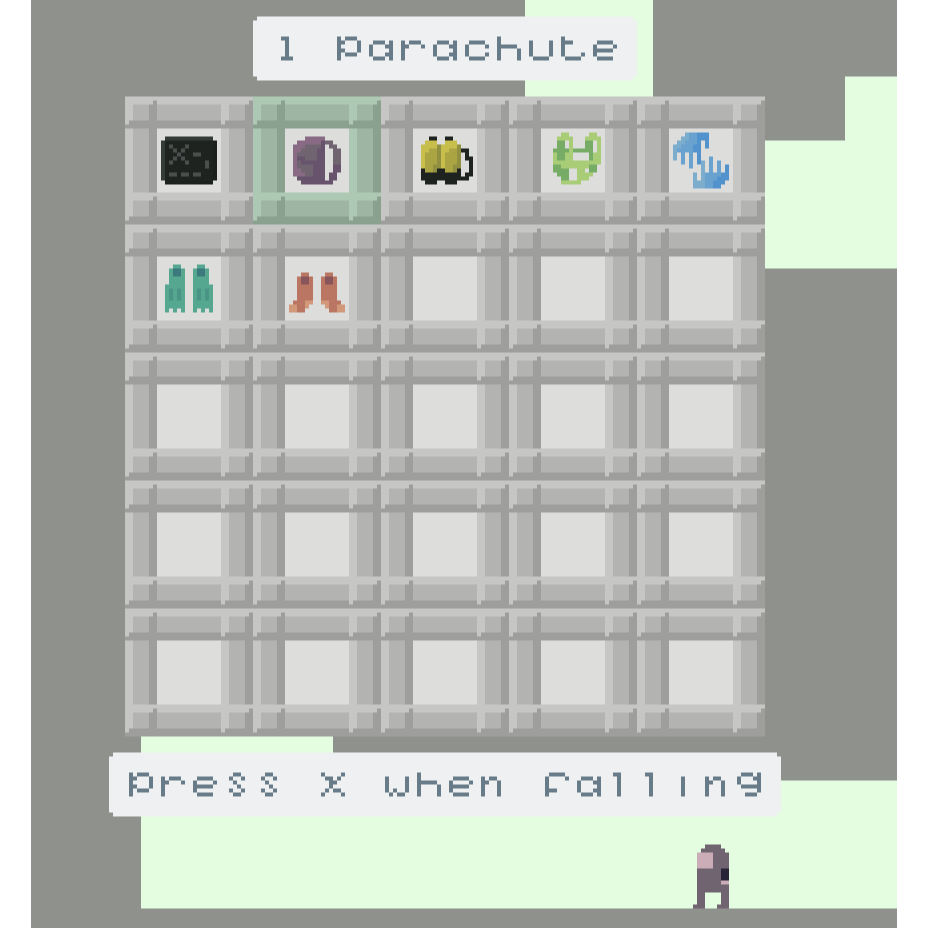 The minimap how it looked in the beginning:

The dotted lines are map pieces that the player still hasn't found yet. I drew all the maps by hand in Tiled at first, but this resulted in kinda empty levels:

I wanted the game to be something that surprised me as well. So it was time to add some procedural generation to the mix. Next is a more zoomed out view of the world. A 32x32 cel Eller maze.

The white part is going to be a level. One of about 40 in 4 different sizes (also split up randomly): 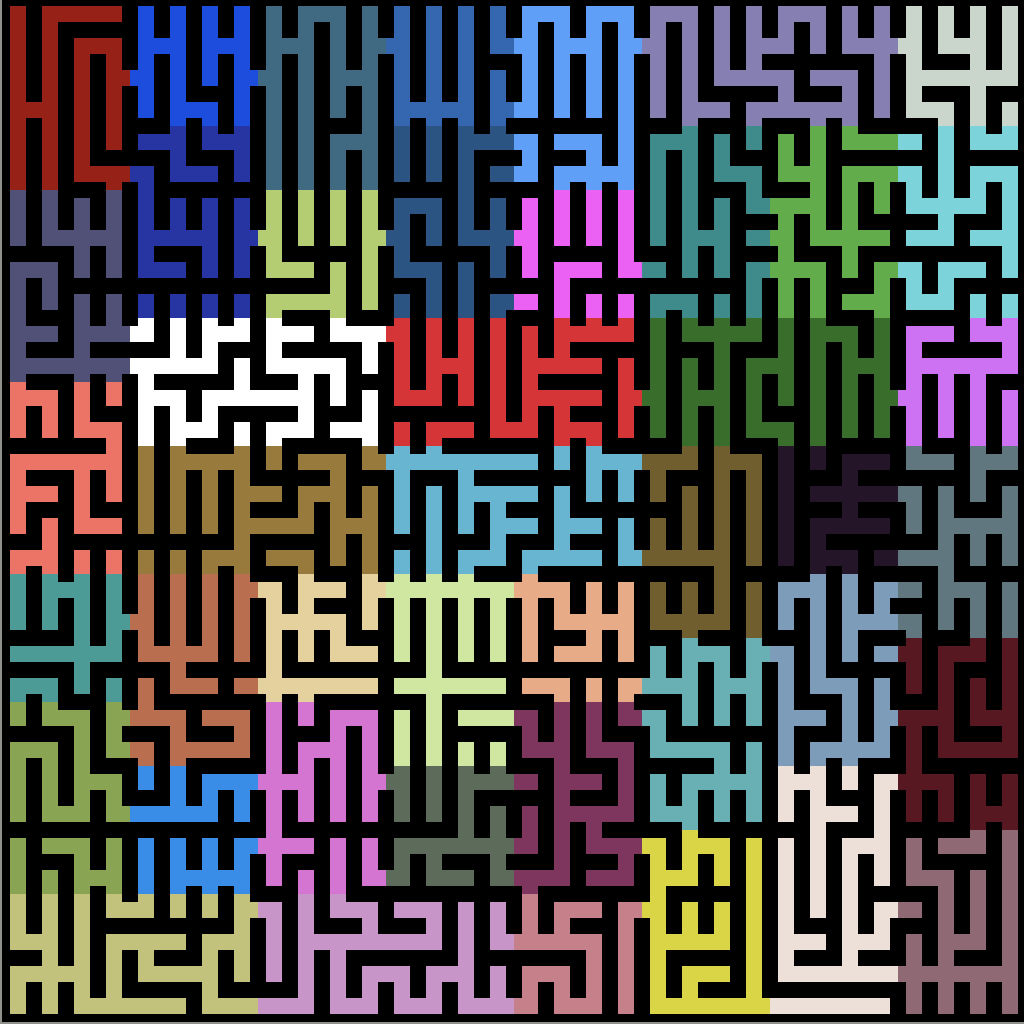 Each cel of the maze will be a prefab of 32x32 tiles of 8x8 pixels. A level is one of 4x4, 4x6, 4x8, 8x4 prefabs stitched together in a new tilemap. 1024 total prefabs in the world, but it would be cool if i could make more prefabs than there would fit in the world. With 45 different prefabs made the minimap now looks like: 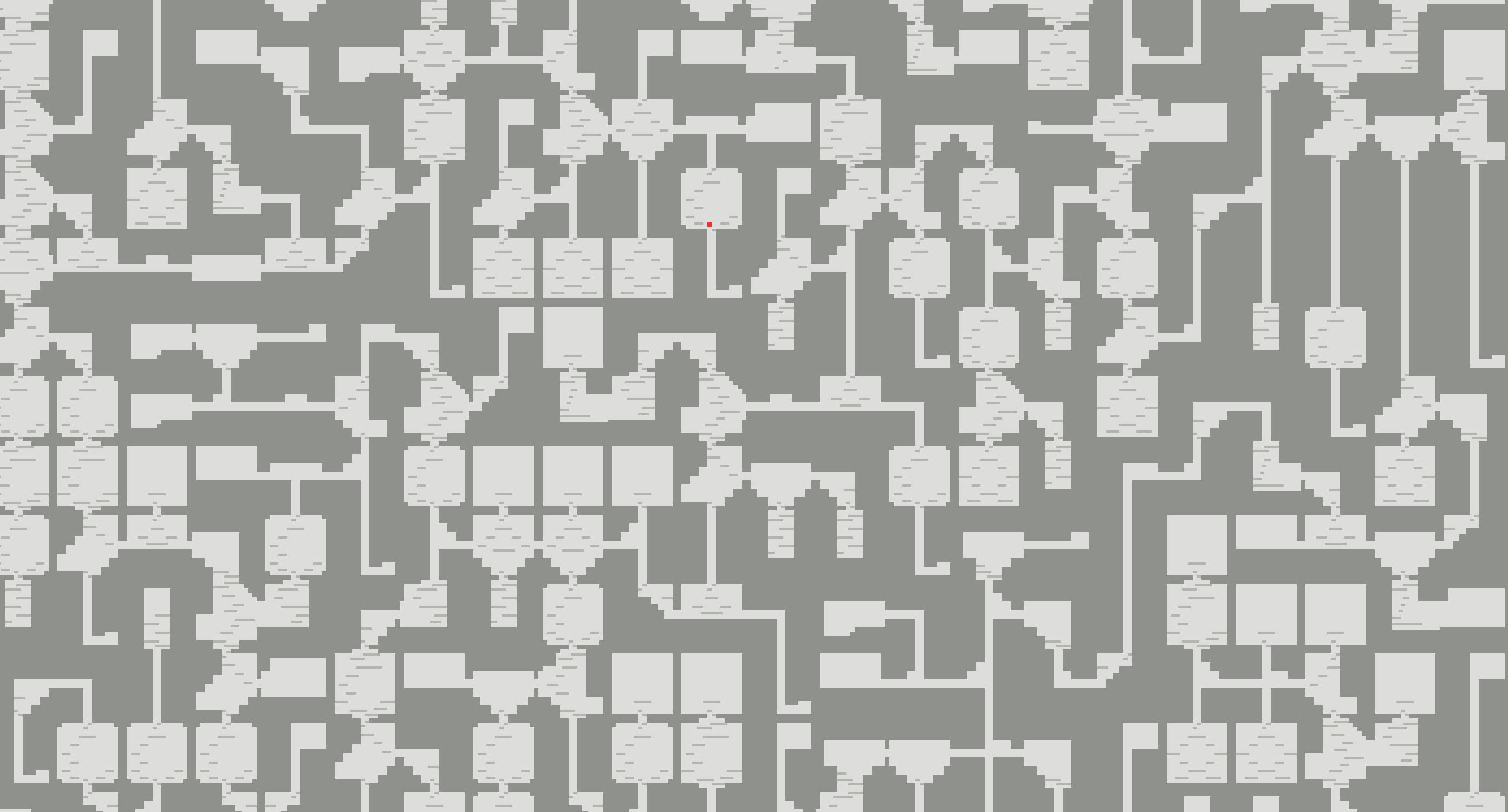 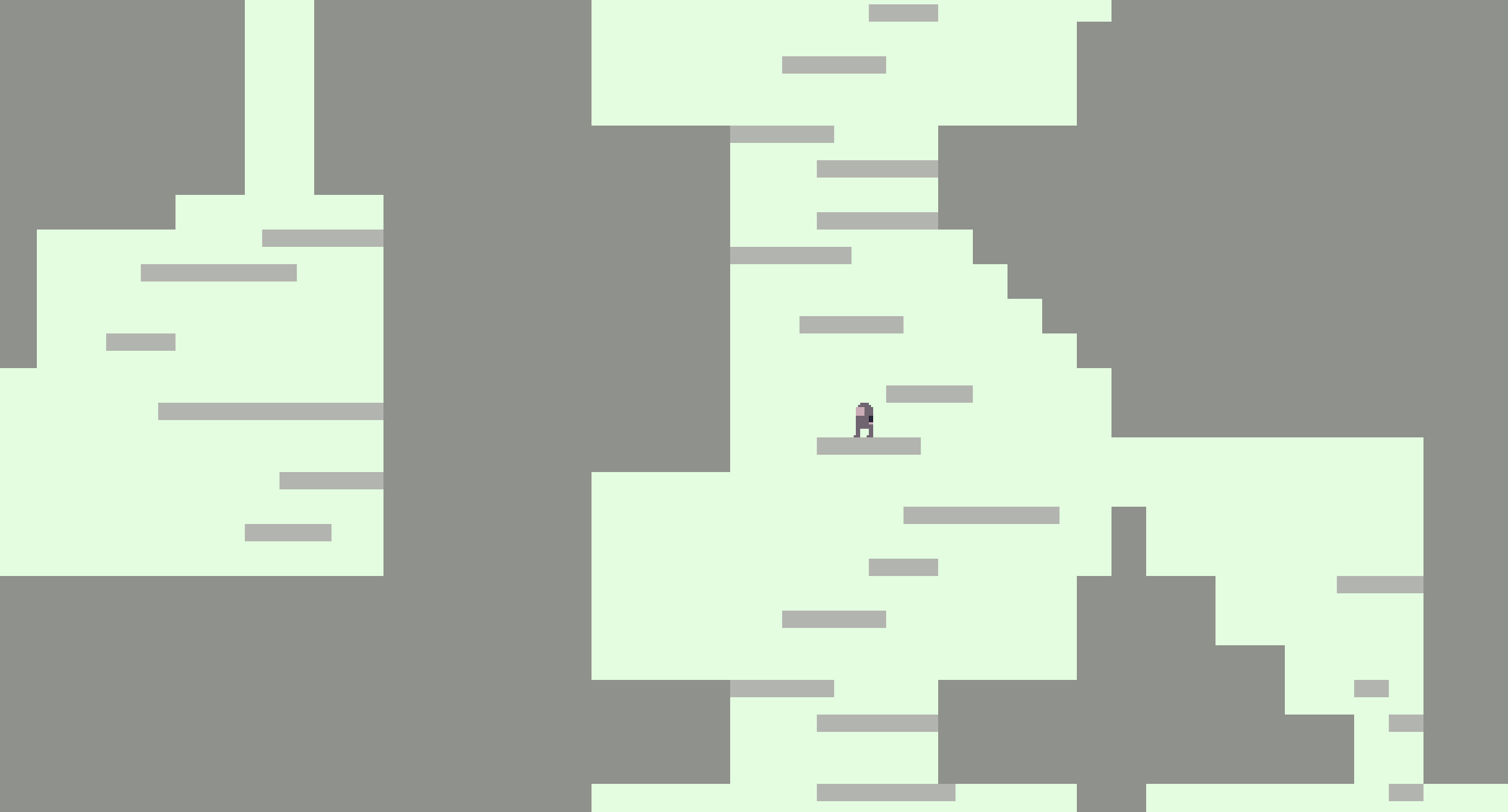 As you can see i still need to do some auto-tiling to create patterns in the tiles. But right now i am focusing on spreading the power-ups through the maze and making sure the player can reach them.

That's it for this month.